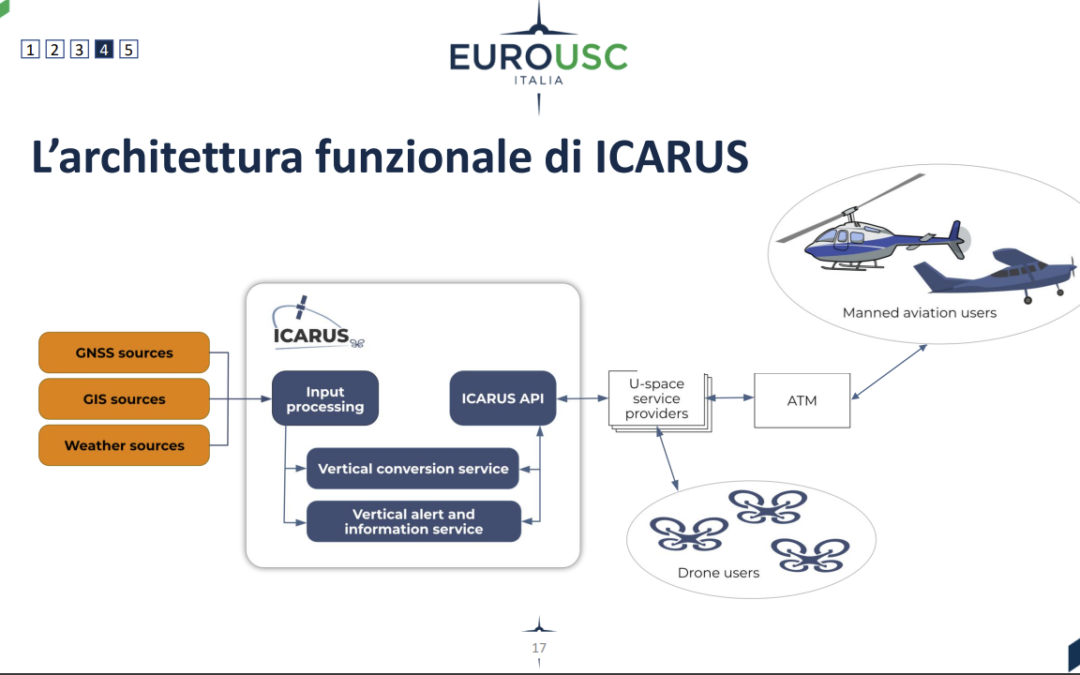 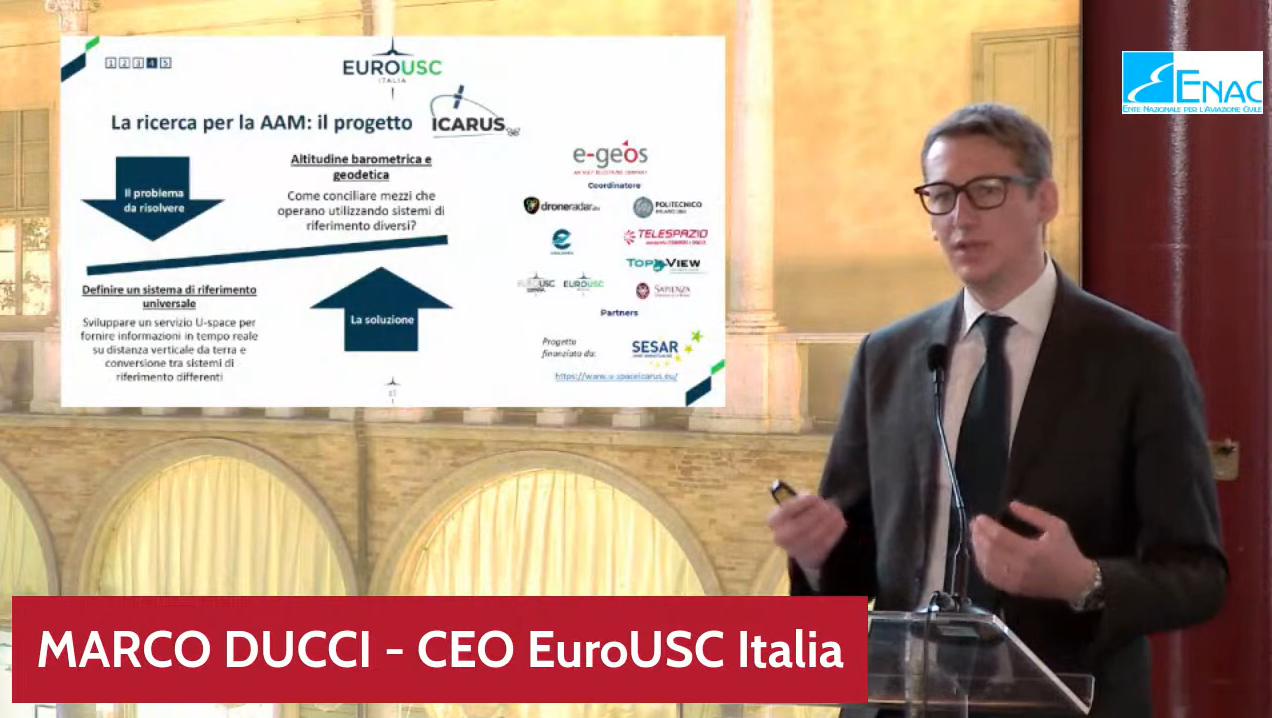 During his intervention, Marco Ducci introduced the European research project ICARUS to demonstrate how the implementation of technologies and standards and the research support the development of the AAM.

It was an opportunity for discussion and reflection with distinguished speakers on the challenges for the development of Advanced Air Mobility and the contribution that can bring the national industry and the aerospace industry.
Marco Ducci

See the full article (in Italian) on the EuroUSC Italia website.